My Faith Journey By Kaye Topp

I grew up in a small rural community and within that community was one small church. Within its walls gathered pastors, men, and women, along with their families, who met together to worship God, to read and hear his Word, and to allow it to guide their lives.

My dad, mom, grandmother, brother, and sister were a part of that church family, and within that church body, my mom, who was not a Christian when she married my dad, gave her heart to Jesus. It was during the early years of my childhood that I did also.

As I approached my teen years, I began to wonder if I really was saved. I did not have an experience like some others who had strong emotional responses. For example, when I was at teen meetings or summer Bible camps and the invitation to accept Jesus as Lord and Savior was given, teen girls broke down and sobbed as they went forward to accept the invitation. I had never felt any change. Was I really saved?

I also desired in my heart that my life be used of God in extraordinary ways. He granted that.  I married George.  I did not know it then.  I know it now, for in our marriage, we have experienced the extraordinary.

As a young adult, I observed & listened to others who had a personal relationship with God. I wanted that. Yes, I believed in God and wanted to serve him faithfully, but viewed Him as being an authoritarian, to be obeyed.

I loved him with my head, but not with my heart. I wanted the latter so badly.

Through a series of difficult struggles, he pursued me and captured my heart. And because of those struggles, I know I have a personal relationship with Him. I see the joy that it brings. He has granted me the desires of my heart.  I love him so much.

Hebrews 10:23 says, “Let us hold unswerving to the hope we possess for he who promised is faithful.”

To God, be the glory.

Author Introduction: Why we wrote “Pinned!” My Faith Journey by George Topp 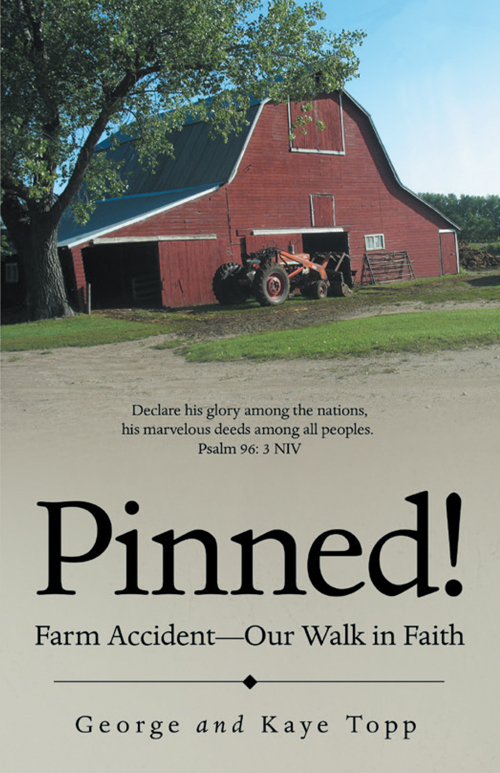